1. The early days of crowdfunding

2. From patronage to crowdfunding

5. The birth of online crowdfunding platforms

6. The beginning of loan-based crowdfunding platforms ​

7. The term Crowdfunding is coined

However, it has a centuries-long history with roots in different countries and sectors.

The current understanding of the concept – using an online platform to raise money for specific projects – is a rather recent development. This doesn’t mean that the idea of mobilising the crowd to finance new ventures is new: on the contrary, it’s an old method.

In this article, we’ll take a look at the early days of crowdfunding. We’ll start at the beginning and trace how it arrived at where crowdfunding is today.

The early days of crowdfunding

Historians have traced crowdfunding-like practices way back to the 13th century. For example, groups of private citizens would pool their funds to sponsor risky shipping ventures in order to get notable returns. Authors have for centuries funded their works through subscription models where the book would be published if enough readers showed interest and war bonds are not far from the concept of crowdfunding.

However, none of these completely fit the bill of crowdfunding. One of the first widely recognized examples of crowdfunding came from 18th century Ireland, when Jonathan Swift set up the Irish Loan Fund. The fund would provide loans to low-income families in Dublin. The loans would often come from large groups of wealthy individuals who saw it as a way to collectively support the poor. As such, it resembles what we today know as crowdfunding – or more specifically: crowdlending.

From patronage to crowdfunding 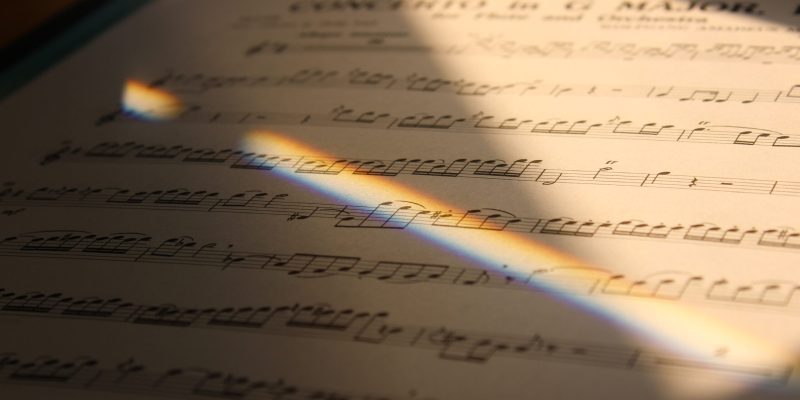 In the past, it was common for nobles and rich individuals to pay for the expenses of artists. They called this patronage. In some cases, the patron wasn’t a single individual but instead larger groups of ordinary people who would sponsor artistic endeavours. Just like modern crowdfunding.

The most famous cases from that time are those of Alexander Pope and Wolfgang Amadeus Mozart.

When he started translating the ancient Greek poem, The Iliad, Alexander Pope got funded by his audience. He used a subscription-like model where he got paid in advance and promised to publish a volume each year. This continued for more than six years. The reward for his subscribers was to have their names published in the first editions of the book.

This is what we know today as reward-based crowdfunding. In exchange for donations, investors receive goods, services or discounts for their support. A similar example was Mozart. You would think that an icon in the classical music field wouldn’t have financial problems.

However, the tour he had planned for the early 1780ies struggled in the beginning. He therefore reached out to his fans and managed to raise enough money to perform his three new piano concertos. In the end, 176 backers supported the tour. The supporters received a concert manuscript with their names and his personal thanks.

The Statue of Liberty is one of the most iconic events in the history of crowdfunding.  A large-scale funding campaign was ultimately what allowed for its construction.

In 1885, France was going to send the statue to New York but initially failed. They simply could not raise enough money to assemble it. This almost caused the statue to be relocated, as other cities were willing to pay for its construction in their city. This is when Joseph Pulitzer intervened. The famous publisher started a fundraising campaign in his newspaper, The New York World. They offered a 6” and 12” version of the statue as a reward for those who offered more than respectively $1 or $5.

This led to the support of thousands of people. In the end, they collected $101.091, enough to reach their final goal of $250.000 in less than five months. The crowdfunding for the Statue of Liberty is what we today call a tier-based subscription model where what you received as a reward for your support changed according to the size of the donation.

In the 20th century, it occurred to many that a variety of different projects could benefit from crowdfunding. The entertainment industry in particular proved to be a perfect fit. “Manthan”, directed by the Indian film director Shyam Benegal, was the first movie entirely produced thanks to crowdfunding.

Thanks to the collective donations of 500,000 Indian farmers, it premiered in 1976. The movie followed the story of a poor milk farmer in India, and as many farmers in India felt the film represented them, funding it proved effortless. The movie was well-received and its success inspired the production of several crowdfunded movies in the Indian movie industry.

The birth of online crowdfunding platforms

Today, digital devices and the internet are an integral part of our lives. However, this was not the case 24 years ago.

In spite of this, the British band Marillion still managed to save their 1997 US tour through digital donations. The campaign managed to collect $60,000 through digital donations which was more than enough to make the tour happen. This further popularized reward crowdfunding in the entertainment industry, where fans financially support new albums months prior to their release and have their name printed on exclusive editions in exchange.

Inspired by the success of the campaign, the American producer Brian Camelio created ArtistShare in 2001. This was the first platform in the history of crowdfunding focused solely on  musicians. Two years later, the jazz artist Maria Schneider won a Grammy Award for a record sponsored by her fans on ArtistShare.

This stands as a milestone for crowdfunding: It was the first time a record won the Grammys without ever being sold in normal stores.

The beginning of loan-based crowdfunding platforms

2005 was the year the first crowdlending platform, Zopa, was launched in London. The founding team was experienced in the financial field by working for internet banking services Egg.

For centuries banks were the only ones who held the technologies and information required to work in the sector. But with the evolution of technology and improved accessibility to information, it was now possible to introduce a new system. Thus they took the opportunity to make a business out of peer-to-peer lending.


The main purpose of their company was to bring together people who had money to lend and people who needed to borrow it. Their model was successful throughout the years and brought them to obtain a banking licence in 2016.

The term Crowdfunding is coined

As illustrated above, the practice of crowdfunding has roots that go way back in history, yet the term “crowdfunding” is a recent one. The first use of the word on the internet is reported to have been on August 12, 2006. The American writer Michael Sullivan needed a short way to describe collective donations from people, so he chose the most accurate description he could think of. The word crowdfunding was born.

Crowdfunding as we know it quickly evolved into an investment option. In 2007, the Australian Small Scale Offerings Board (ASSOB) introduced an equity-based crowdfunding platform.

he first of its kind. They made it possible to pool funds from different investors and placed them within small businesses. In exchange, the businesses offered ownership shares in their company. Circumventing the middle man, individuals could now invest directly in smaller companies that weren’t ready for the actual stock market.

The USA had to wait a bit longer, as equity crowdfunding was illegal. This changed with the introduction of the JOBS act in 2012. Equity crowdfunding, while still quite young, has become a rapidly growing business globally.

Up until 2008, crowdfunding was pretty much only a niche phenomenon. Then the global financial crisis hit the global economy. Hard.

This led to a decrease in public trust in traditional financial institutions. As a result, alternative finance such as crowdfunding became increasingly popular. With the creation of reward platforms like
IndieGoGo and Kickstarter, crowdfunding grew exponentially. So did the capital it moved.

In the beginning, the main bulk of projects were artistic and creative ones. These were perfect for crowdfunding as they doubled as a way to get the fanbase involved. However, it soon grew to be more expansive.


Backers could soon support startups and entrepreneurs within other fields who were struggling to get funding. Investing in new businesses and innovative projects quickly became more publicly accessible.

At the time of writing, the number of successful projects on Kickstarter is more than 50.000 while IndieGoGo has reached more than 180.000. The numbers speak for themselves: Crowdfunding is here to stay.

Furthermore, with the COVID pandemic in 2020, the global economy took yet another hit. Many small and medium-sized companies struggled to stay afloat and many didn’t make it. However, some were saved thanks to the people who supported them through crowdfunding campaigns.

As the pandemic disrupted the global financial world, many turned to alternative finance, such as crowdfunding. This further contributed to the boom that it has experienced in recent years.

If you are interested in finding out how they do this, head over to take a look a our guide to crowdfunding platform software. And don’t forget to share this article if you found it interesting.

We use cookies on our website to give you the most relevant experience by remembering your preferences and repeat visits. By clicking “Accept All”, you consent to the use of all the cookies. However, you may visit "Cookie Settings" to provide a controlled consent.
Cookie Settings Accept All Reject All
Manage consent

This website uses cookies to improve your experience while you navigate through the website. Out of these, the cookies that are categorized as necessary are stored on your browser as they are essential for the working of basic functionalities of the website. We also use third-party cookies that help us analyze and understand how you use this website. These cookies will be stored in your browser only with your consent. You also have the option to opt-out of these cookies. But opting out of some of these cookies may affect your browsing experience.
Necessary Always Enabled
Necessary cookies are absolutely essential for the website to function properly. These cookies ensure basic functionalities and security features of the website, anonymously.
Functional
Functional cookies help to perform certain functionalities like sharing the content of the website on social media platforms, collect feedbacks, and other third-party features.
Performance
Performance cookies are used to understand and analyze the key performance indexes of the website which helps in delivering a better user experience for the visitors.
Analytics
Analytical cookies are used to understand how visitors interact with the website. These cookies help provide information on metrics the number of visitors, bounce rate, traffic source, etc.
Advertisement
Advertisement cookies are used to provide visitors with relevant ads and marketing campaigns. These cookies track visitors across websites and collect information to provide customized ads.
Others
Other uncategorized cookies are those that are being analyzed and have not been classified into a category as yet.
SAVE & ACCEPT
Powered by